The Laws of Nature and Humanity

I.
We have established that all creatures, plants as well as animals, are in a constant battle for survival. Plants crowd into the area they need to grow. Every plant that fails to secure enough room and light must necessarily die. Every animal that does not secure sufficient territory and guard it against other predators, or lacks the necessary strength and speed or caution and cleverness will fall prey to its enemies. The army of plant eaters threatens the plant kingdom. Plant eaters are prey for carnivores. The battle for existence is hard and unforgiving, but is the only way to maintain life. This struggle eliminates everything that is unfit for life, and selects everything that is able to survive. 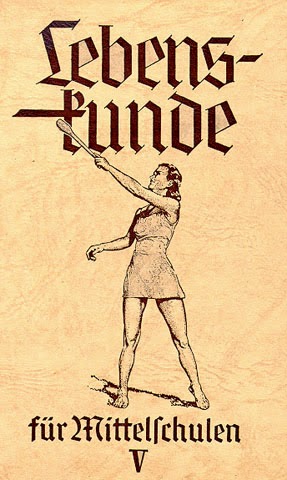 We have seen that the laws of nature are built on a struggle for survival. The slow-moving herbivores (e.g., cows) have weapons, the speedier ones (e.g., horses or rabbits) use that speed to escape predators. The rabbit instinctively conceals the traces that lead to his den. As a prey, his eyes are to the sides of his head, while a carnivore’s are to the front. The hedgehog has his needles, toads and salamanders have poisonous skins. Predators have keen senses, a powerful spring, sharp teeth, and claws. If we further consider protective coloring, camouflage, and other coloring (above all with young animals), and that each animal has different gifts in seeing and smelling that are appropriate for its needs, we can see everywhere that living creatures are well prepared for the battle for survival. (Compare offensive and defensive characteristics of the various animals!) Animals at our latitude have many characteristics that enable them to survive winter: storing food, hibernation, migration, winter pelts... The same is true for plants. Poisons of various types, irritants, thorns, and needles protect them from herbivores. (Remember the earlier examples!) Seeds that can survive the winter, roots, storage ability (Examples!), enable plants to survive the cold months. By ground leaves, growing high, pyramidal structure, leaf mosaics, climbing, winding, spreading (the dog rose), plants seek the necessary light for their leaves.

All the various habitats are heavily populated; every creature has to fight for its survival and wants to be a winner in this battle. This is summarized in the principle: Each individual wants to maintain its existence in the struggle for survival (self preservation instinct, fighting will, individuality).

Mankind, too, is subject to these natural laws, and has won its dominant position through struggle. This is obvious when we consider...
the prehistoric hunting age. People then had both to secure their own prey, and protect themselves against the larger carnivores. This old form of the struggle for existence does not, of course, exist in civilized nations any longer. Early man lived in hordes, we live in an ethnic state. The state takes responsibility for territory and much, much more. Nonetheless, each must win his place in his community. As Moltke said, “In the long run, only the hardworking are lucky.” True, the larger carnivores are lacking, but bacteria and other tiny carriers of disease are no small danger. Consider the enormous scientific efforts (the struggle for survival!) men have made, and continue to make, to master these enemies, to defeat diseases! Each of us must keep his body strong through exercise and healthy living habits in order to develop his capacities and use them to serve his people. Those who do not do so are unsuitable for the more refined, yet just as relentless, nature of our struggle for life and will perish. Our Führer tells us:


He who wants to live must fight, and he who does not want to fight in this world of perpetual struggle does not deserve to live!” (Mein Kampf, p. 317)

II.
All living creatures that succeed in the struggle for survival are not satisfied merely with existence, but seek to preserve their species as well. Here, too, is a drive that corresponds to natural law. Without this drive, species would long since have vanished.

The fox builds a den for its helpless young and cares for them. The deer cares for its fawns, and the bat even carries its young with it through the air. Each spring we watch with fascination as the birds cleverly build their nests, hatch their eggs, and untiringly feed their young. Insects place their larvae in certain areas where food is available. Mosquitoes and dragon flies, for example, put them in water, the cabbage moth in cabbages, stag beetles at the base of old oaks. We find the care of the young characteristic of all branches of the animal kingdom (Name all forms of care for offspring with which you are familiar!)

Maintaining the species also is a struggle. The deer ruts in the fall and offers battle to other deer in competition for females. The stronger and cleverer deer passes on his inheritance. The rooster defends his status and his hens courageously. The battle for females selects the fittest. Later, we will discuss the laws of inheritance.

[There follows two paragraphs on methods of plant reproduction.]

The drive for maintaining the species is stronger than the instinct for self preservation. Plants sacrifice themselves for their seeds. Most insects die when they have reproduced. The female rabbit defends her young against hawks, often at the cost of her own life. A fox risks its life to secure food for its young. The life of the individual can be sacrificed to assure the continuation of the species. (The law of the species is stronger than that of the individual!)


Among all living creatures, we can see a further natural law: the production of numerous offspring. Nowhere on earth do we find a form of life that produces only one or two offspring (corresponding to the number of the parents). That would inevitably lead to extinction. The elephant has the longest period of procreation, from its 30th to 90th year. It brings about six offspring into the world. A scientist has calculated that even with this slow rate of reproduction, in the absence of the struggle for survival elephants would take over the entire world in a few hundred years. A single pair would produce 19 million descendants in 750 years. The struggle for survival leads most to perish. The blue titmouse has two broods of 10-13 a year, but their number is not increasing. The more threatened a creature is in the struggle for survival, the more offspring it must produce. The greater number of offspring is a necessary means of responding to the hard struggle for survival. Each habitat can disappear from one day to the next (arrival of a new predator, disappearance of a food source).

A large number of offspring are an important means in the struggle for survival of the species. The house mouse can resist the field mouse simply through its larger number of young. In such instances, one can speak of a battle of births.

History provides us with enough examples to prove that mankind, too, is under this law. In the midst of their prosperity, the Romans lost the desire to have children. They sinned against the law of maintaining the species. Their state was undermined and overcome by foreign peoples in a short time. The ethnic traits of the Romans thus vanished. Our nation, too, once hung in the balance. National Socialism restored to the German people the will to have children, and preserved our people from certain decline, which would have been inevitable under the law of species and the law of the greater number of offspring.
Here, too, we can recall the Führer’s words:


Marriage, too, cannot be an end in itself, but rather it must have the larger goal of increasing and maintaining the species and the race. That only is its meaning and its task. (Mein Kampf, p. 275)
The goal of female education must be to prepare them for motherhood. ( Mein Kampf, p. 460)

III.
As we have already noted, people do not live as individuals like animals and plants, but as peoples, which largely have come together as ethnic states. We know something similar only with insects. Bees and ants are not only the sum of individuals; each individual shares a united drive in service of the entire group. They do not have an individual will any longer, but rather their actions have only the goal of serving the welfare of the whole, the welfare of the community. The state-building drive in insects has created a higher order from the drives of the individuals. Their species has become a higher order, one will in many parts. The individual member of a beehive does a single task: One may be a worker that carries nectar, another cleans the hive, the third builds on to it, a fourth feeds the larva, a fifth watches the hive’s entrance. Each individual activity serves the whole. It is the same with ants. Certain ant species even have a warrior caste that fights in the front lines for the rest; the battle against the enemies of the state here, too, involves the whole group.

The instinctual state of the ants corresponds to the leadership state among mankind; however, the principles of a perfect insect state give people cause to think. They have preserved bees and ants in the struggle for survival and thereby proved their validity. We earlier noted the following truths about ants:
It is not difficult for us to see the application of these principles to mankind: We also can accomplish great things only by a division of labor. Our whole economy demonstrates this principle. The ethnic state must demand of each individual citizen that he does everything for the good of the whole, each in his place and with his abilities (Principle 1).


He who loves his people proves it only by the sacrifices he is prepared to make for it. (Mein Kampf, p. 474).

If a person acts against the general interest, he is an enemy of the people and will be punished by the law (Principle 4). A look at our history proves that we as a people must defend our territory to preserve our existence.


The world does not exist for cowardly nations. (Mein Kampf, p. 105)

Military service is the highest form of education for the Fatherland (Principle 3).


The task of the army in the ethnic state is not to train the individual in marching, but to serve as the highest school for education in service of the Fatherland. (Mein Kampf, p. 459).

These natural laws are incontrovertible; living creatures demonstrate them by their very survival. They are unforgiving. Those who resist them will be wiped out. Biology not only tells us about animals and plants, but also shows us the laws we must follow in our lives, and steels our wills to live and fight according to these laws. The meaning of all life is struggle. Woe to him who sins against this law:


The person who attempts to fight the iron logic of nature thereby fights the principles he must thank for his life as a human being. To fight against nature is to bring about one’s own destruction. (Mein Kampf, p. 314). 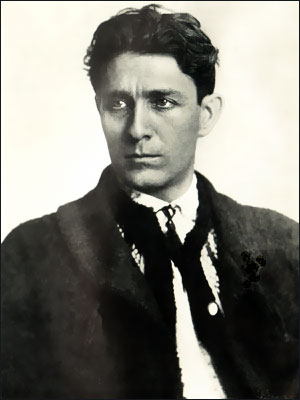 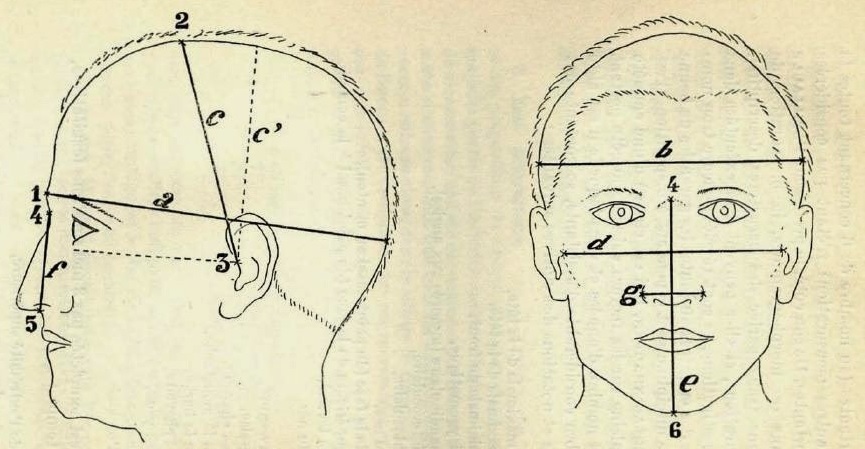 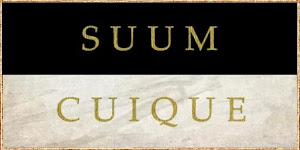